SUPER OPEN STUDIO is an art project aiming to open up artists’ studios to the public.
In 2013, this project began as a main program of Art Laboratory Hashimoto, which is operated by Sagamihara City. The following 2 years witnessed the gradual development of relationships among participating studios and artists. As one of its outcomes, Super Open Studio NETWORK, an executive body run by artists, took over its operation since 2015. In 2018, Super Open Studio NETWORK and Art Laboratory Hashimoto took a step forward to form SUPER OPEN STUDIO Executive Committee 2018 in order to strengthen its operating system without losing its artist-run structure. This year, in addition to forming SUPER OPEN STUDIO Executive Committee 2019, we increased the number of our directors from 1 to 6 so that we can showcase our activities from multiple angles.
The physical location of SUPER OPEN STUDIO, Sagamihara City and segments of Machida City and Hachioji City, encompasses many art universities such as Joshibi University of Art and Design, J. F. Oberlin University, Tama Art University, and Tokyo Zokei University. Many graduates from those universities have decided to stay in this area and continued their art practices in their studios, which used to be storage facilities or defunct factories. There are over 20 of those studios around this area and more than 100 artists are part of them. Thus, this area can be considered as one of the largest art-producing regions in the country.

In this event, each studio introduces its distinct program including art exhibition and on-site artmaking. Moreover, Art Laboratory Hashimoto, one of this year’s SUPER OPEN STUDIO exhibition spaces, holds several exhibitions curated by multiple artists in addition to bus tours, a talk and a workshop.
Through SUPER OPEN STUDIO, we hope you will catch a glimpse of how artworks are created and enjoy encounters and banter with the participating artists.

[ご参加にあたっての注意事項及び免責事項]
NEWS
10/11(FRY)
Response to Typhoon No. 19
Dear all

We canceled all program on 12th Octorber in Super Open Studio,
because of influence of largest Typhoon.
About other date's schedule it will be announced on this page.
good regards.

I started participating in SUPER OPEN STUDIO (S.O.S.) last year. There are still many areas that are unknown to me. There are also some people I have never met before. Even when I talk to other participating artists, their opinions and how they support S.O.S. are different from one another. If this organization had been under one single ism or manifesto, it would have been difficult to continue this annual event for 7 years, which includes more than 100 people. Although this imbalance creates confusion, which may be the reason why some cannot get their heads around what S.O.S. is trying to do, it is something I cannot let go of. You can come join the group whenever you want, and you can also leave whenever you want. There is always ceaseless fluidity with well-ventilated air, and I would like to observe how new networks will emerge out of the fluidity.

I go to my studio after I’m done with my work. Especially when it’s crunch time I don’t know how to complete my work, or I add unnecessary things to it, and I end up going to work while I’m sleep deprived. I had never thought that working while making art would be such a difficult task until I graduated from my university. It was around this time when I rented my studio. While observing artists who were much older than me at the time, I vaguely thought of myself 10 years from then. 4 years later, my studio has become a space not only for making art but also for igniting my creativity. There are so many artists of different generations and stances in Sagamihara, and they have been loosely connected to each other for some time through the fact that they make art in their studios. Lately, artists of my generation started to join those studios and I have more opportunities to talk to them. I think there are things we can see and do since we are of the same generation. For the first step, I would like to get them involved in this. What I want to do is about my consciousness and I want to be able to take actions by receiving its minuscule changes, however subtle it is going to be.

These studios scattered around this area are personal spaces for artmaking, and their visitors are usually their friends and acquaintances. You can consider them as rooms in someone’s house. While some studios see changes in their numbers of people, some cease to exist and some are about to emerge. A studio has its own metabolism; an artist makes his or her piece, transfers it to another location or stores it somewhere else, and starts making another piece. This sort of metabolism is not only limited to studios, but also apparent in companies, schools, families, and cities and countries at large. A personal space has never been homogeneous nor stable, and its contour line never stops shifting among the metabolizing group. If a personal space is undefined, the contour line of the group that consists of multiple personal spaces is also undefined. The same may be true not only of the physicality of everyday life but also of isms and opinions of each individual. All sorts of relationships emerge due to the contour lines of those spaces being undefined, and among those relationships cooperation and hostility also emerge. Since there is cooperation, individual behaviors attain more freedom and their opinions get emphasized. On the other hand, hostility creates differentiation and placement. I would like to treat this vague, vast network alternatively in relation to various phenomena that occur both inside and outside the network.

SOMETHINKS is a series of exhibitions directed by multiple artists who are part of SUPER OPEN STUDIO (S.O.S.).

This year’s SOMETHINKS consists of 12 programs across each exhibition space including Art Laboratory Hashimoto. It is an amalgamation of various experiments that are based on these artists’ interests and aesthetics, located on the trajectory of their practices or related to the starting point of their artistic careers.
Exhibited artworks are made by artists who direct these exhibitions, or artists who are chosen by the directing artists. Some artworks are made on site during the exhibitions.
This is a great opportunity for S.O.S. artists to understand each other’s thoughts and also for everyone to catch a glimpse of the symbiotic relationship of this artists’ network.
Through these programs, I believe you can discern that S.O.S. is rather a vast network than an alliance under the same ism and manifesto. 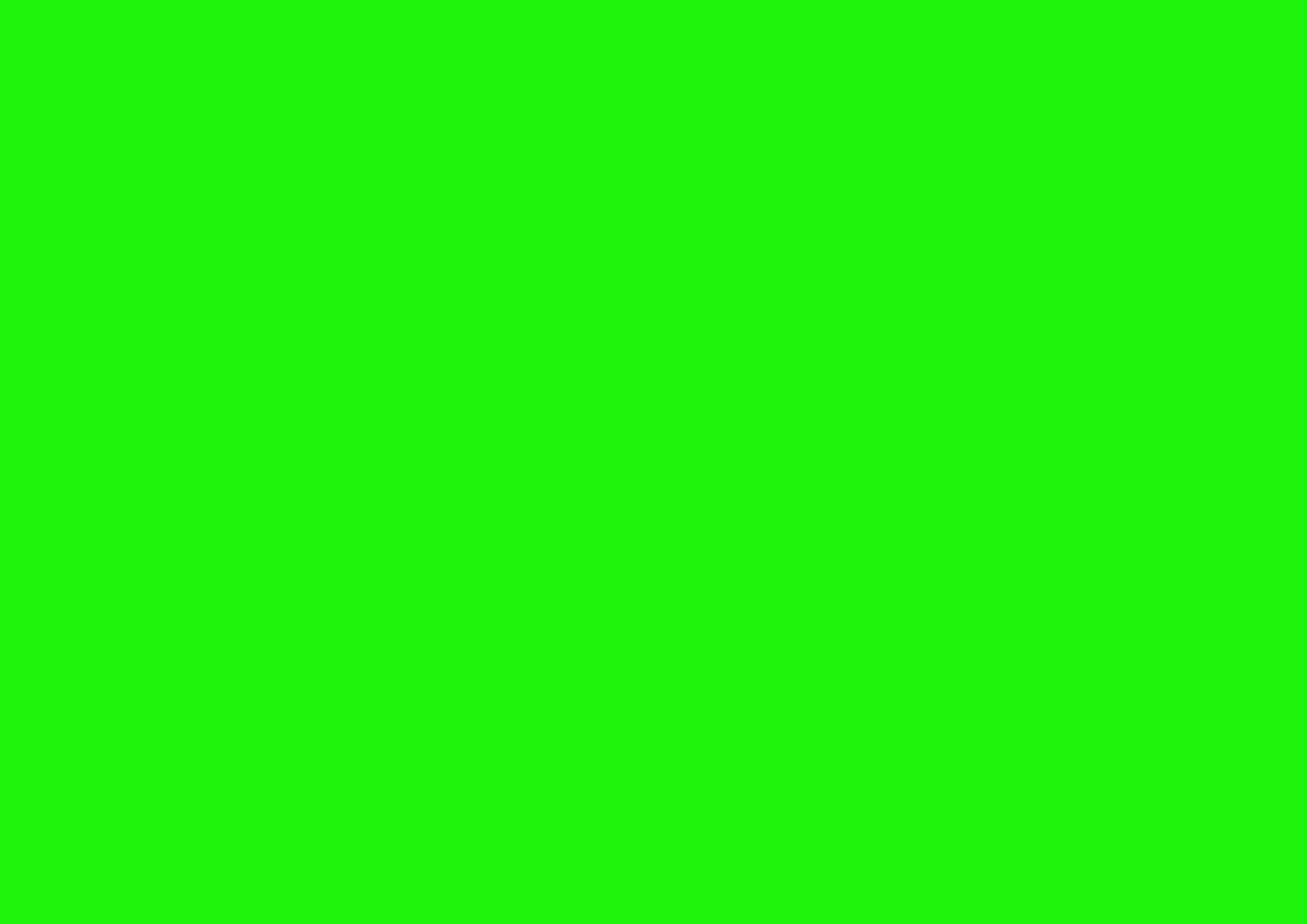 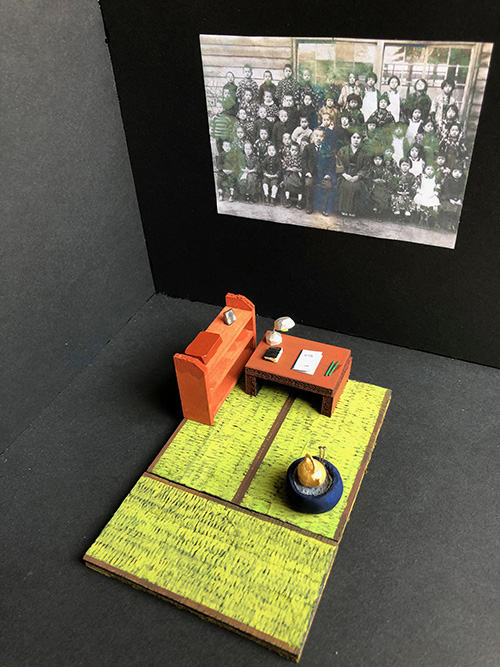 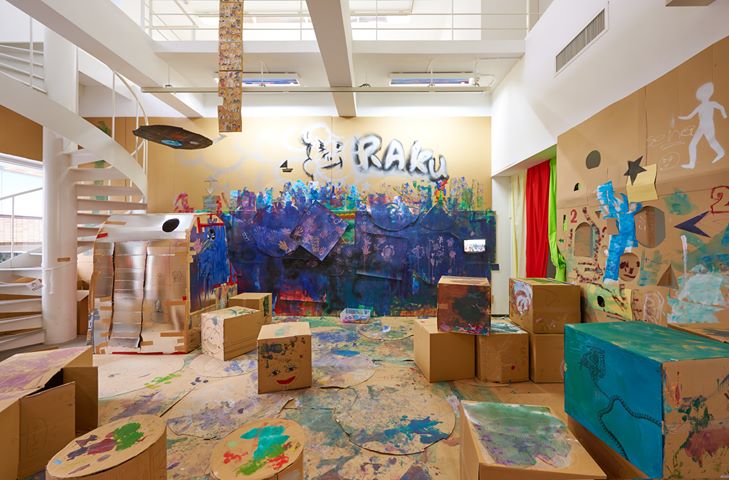 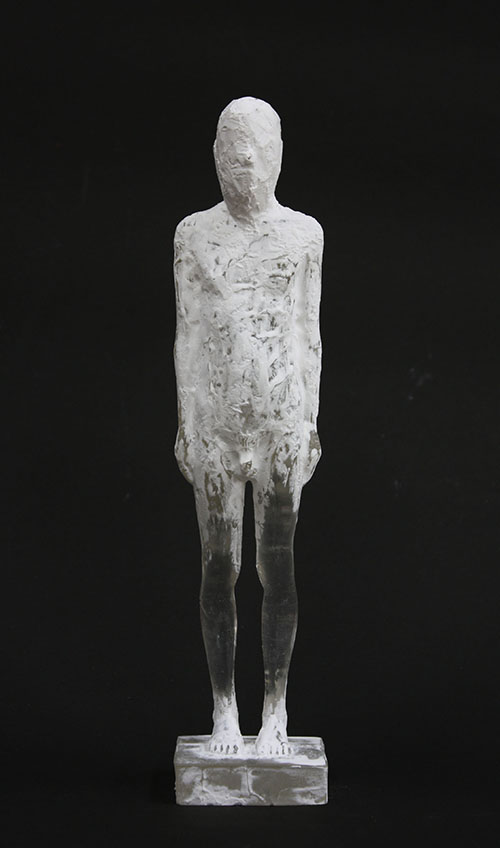 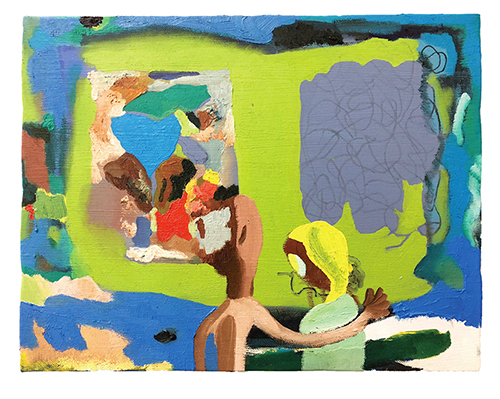 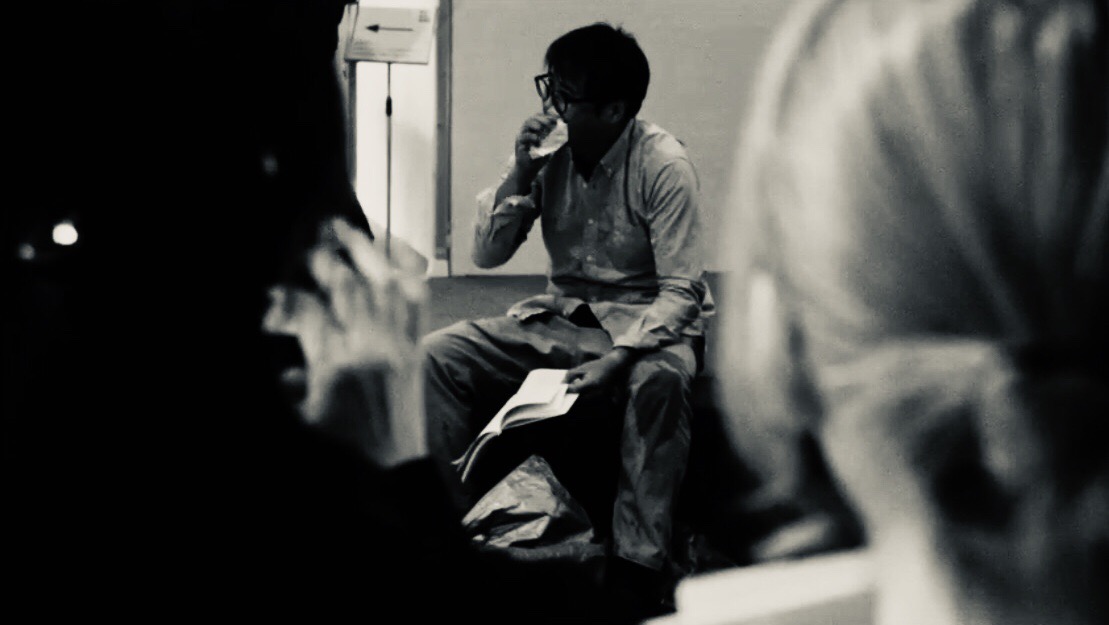 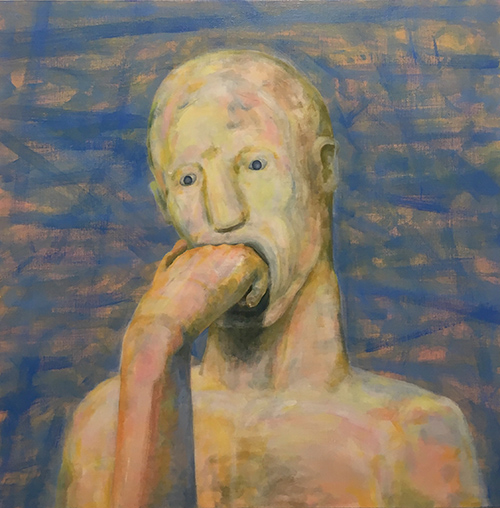 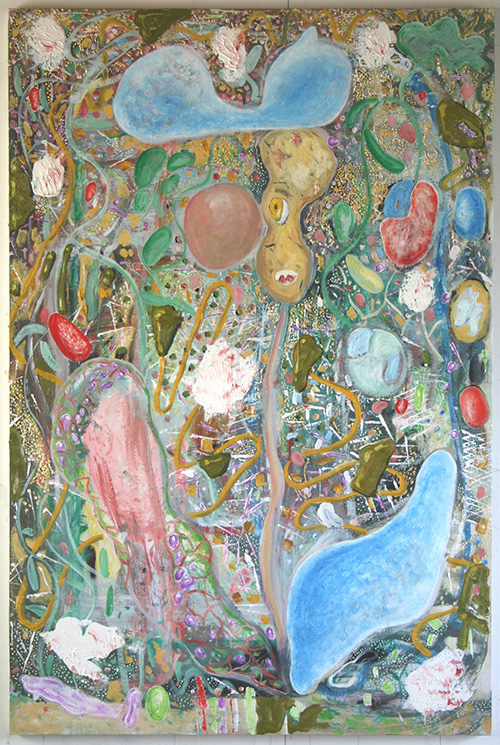 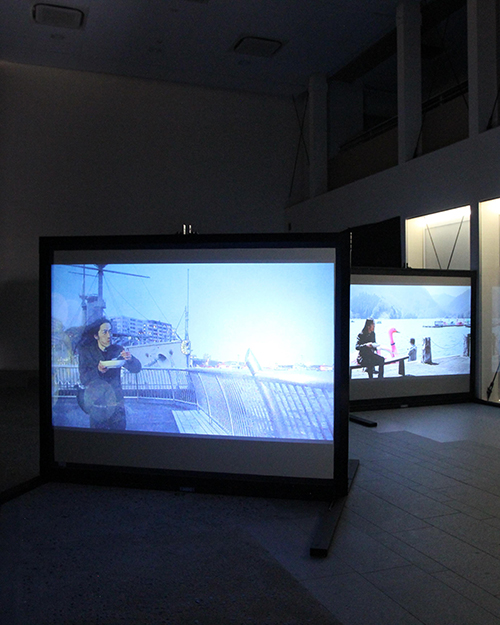 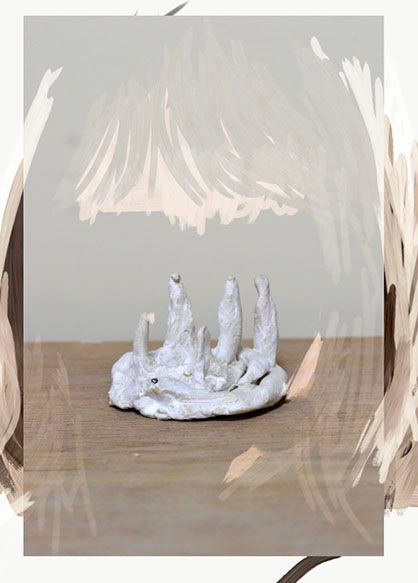 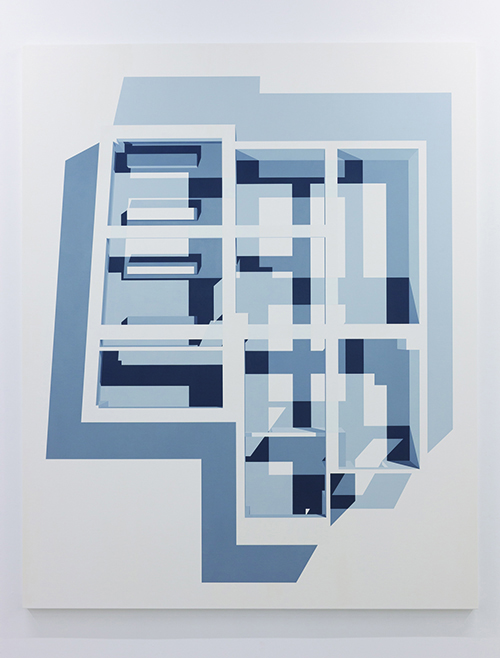 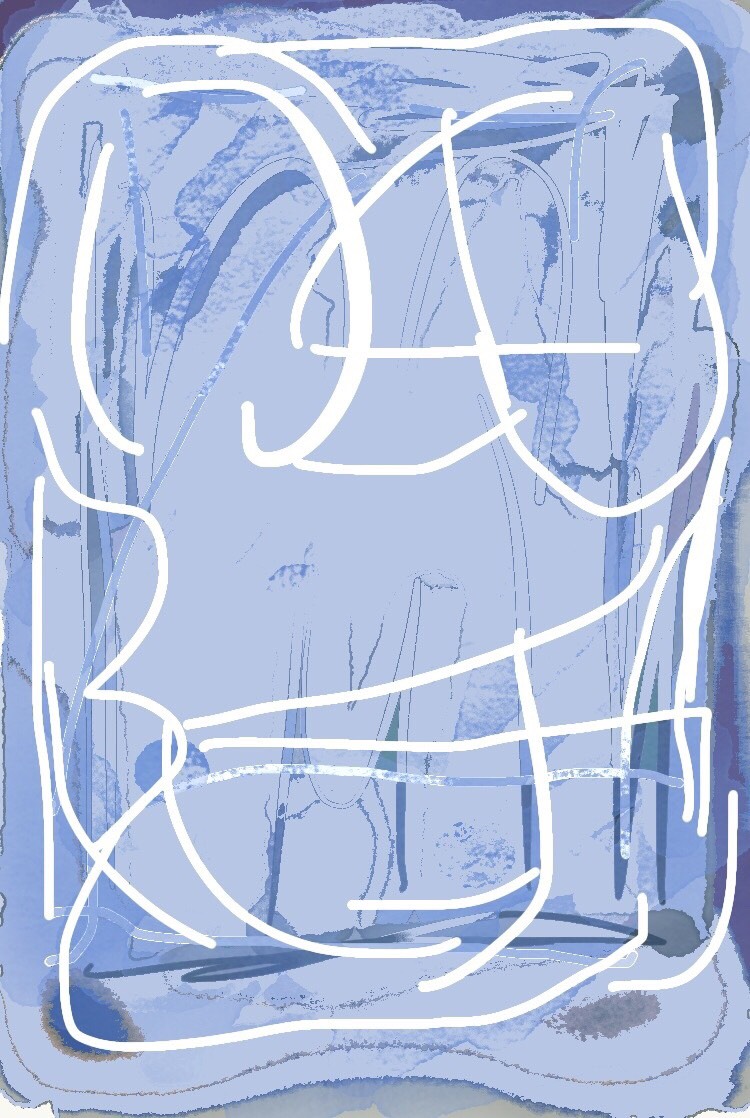